I’ve been asked by several customers and colleagues what short and long-term effects COVID-19 will have on the short-term vacation rental (STR) market. While no one can see into the future, we know that history often repeats itself. By looking at what we do know about this crisis and what happened in previous recessions, here is my educated guess as to what will happen to the short-term rental vacation market after the current crisis and how local government can best prepare. 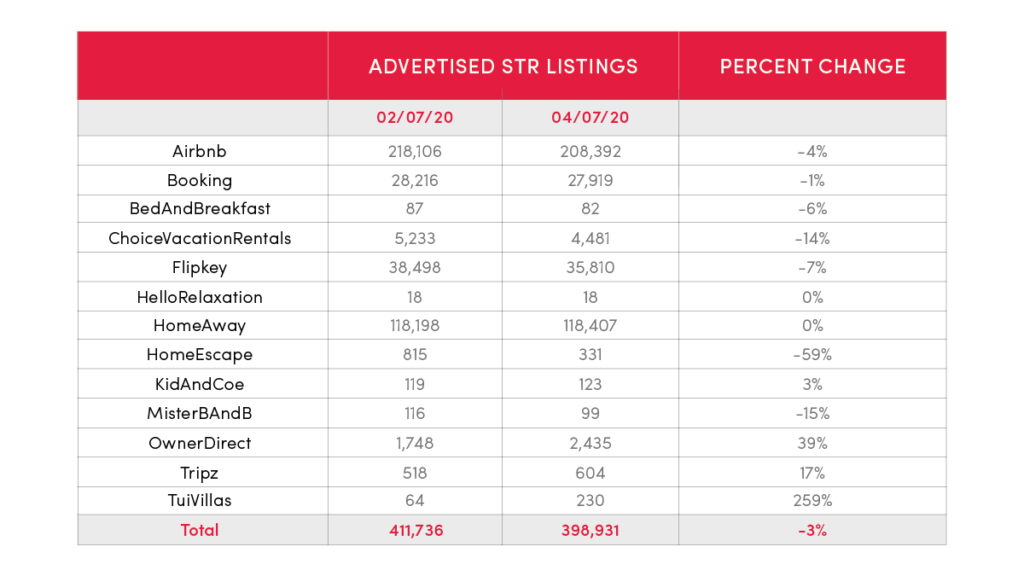 These snapshots, taken before and during the COVID-19 crisis, show that advertised STR listings across the most popular online platforms in the U.S. communities we serve only fell an average of 3% since February 2020.