How the Ministry of Defence (MoD) can streamline digital communications to engage the public, increase efficiency, improve effectiveness and achieve cost savings. 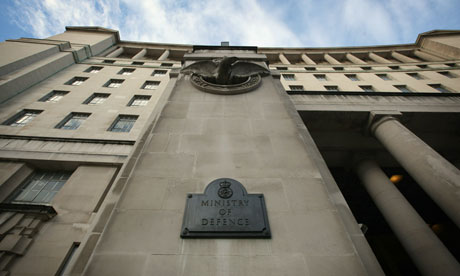 The Guardian recently hosted a live chat regarding digital transformation at the Ministry of Defence (MoD) to uncover the innovation, transparency and citizen engagement at work within the walls of Whitehall. Jon Thompson, permanent under secretary for the MoD, said before the chat: “Defence has long enjoyed digital pre-eminence in the battle space, but we have lagged behind in the way we exploit digital to make our business more efficient and effective”.

This is not the first time you’ll hear government referred to as “a business”. Government and industry leaders recognise the need for a solid business case and process underpinning their digital communications strategies at both the central and local government levels.

Giving small business customers the ability to perform several transactions with the department on a single platform and providing them with the tools and library of information that they need to complete those transactions, puts the customer first. It’s supporting users in a way that says, ‘We care and we want to help you in the best way we can’. And sometimes for users, that’s the best type of support you can ask for – the visibility of thought and care to their needs and also, the ability to give feedback to improve”.

We’re now (as it says in Digital in Defence) concentrating on better understanding the user requirement, developing digital awareness among the department’s senior leadership and skills across its workforce, re-examining our principal interfaces with citizens (particularly for veterans and potential recruits) and improving ICT capabilities for business delivery.”

Currently MoD is leveraging a variety of innovative communication channels to engage with audiences inside and outside the department. Social media is enabling the digital team to quickly gauge public sentiment on subjects and provide important material via new mediums, like photography and video.

There is no doubt that social media is a powerful communications channel, and digital teams should leverage that channel to reach the public. However, according to a Pew Research survey in the U.S., email is the most popular online activity for adults, so it should be the channel of choice for government organisations, complemented by social networking sites.

MoD would benefit from observing the digital technology already in use in other departments as a blueprint for its own digital programme. Many government organisations are solving users’ challenges by simply enabling citizens and stakeholders to receive information proactively and allowing them to subscribe to news that is relevant to their daily lives.

According to Liz Azyan, sharing with and learning from digital leaders at other departments is necessary for government to thrive in a digital environment. During the discussion, panellists cited HMRC and Norfolk County Council as examples of digital transformation at the central and local levels. While local authorities tend to focus on increasing external customer engagement and reducing the cost of that engagement, both central government and local authorities are leveraging technology to engage the public, enhance customer satisfaction, and achieve cost savings using online channels.

According to OFCOM, UK’s independent regulator and competition authority for communication industries, 94 percent of adults own or use a mobile phone, while 55 percent of adults with home internet use social networking.  It’s tempting to assume that social networking sites will ensure engagement with citizens. However, a more effective tactic for reaching and engaging internal employees and the public would be a hybrid approach, utilising direct email and social media to proactively connect with audiences.

A Pew Research survey in the US found that 92 percent of online adults use search engines to find information on the Web, including 59 percent who do so on a typical day. Among online adults, 92 percent use email, with 61 percent using email on an average day. Since the Pew Internet Project began measuring adults’ online activities in the last decade, these two behaviours have consistently ranked as the most popular. Even as early as 2002, more than nine in ten online adults were emailing.

Over 60 UK government organisations at the central and local levels are leveraging GovDelivery’s digital platform; successfully cross-promoting services and news across various departments and geographies. Organisations are able to provide a resident in Southampton, Norwich or Devon the option of subscribing to Met Office, HMRC, Department of Health, or GOV.UK alerts. These government organisations are streamlining communications to integrate with websites, social media and SMS channels and allowing the public to access messages and updates at their convenience. Nearly three million UK residents currently subscribe to government news via GovDelivery alerts. If MOD were able to tap into this existing network, it would help to expand its reach, complement existing communications efforts, and increase engagement.

If MoD can focus on delivering digital services that put users’ needs at the heart of its mission—making it easier, quicker and more efficient for the public to engage and connect—then it would be doing the public and other government departments a huge service.